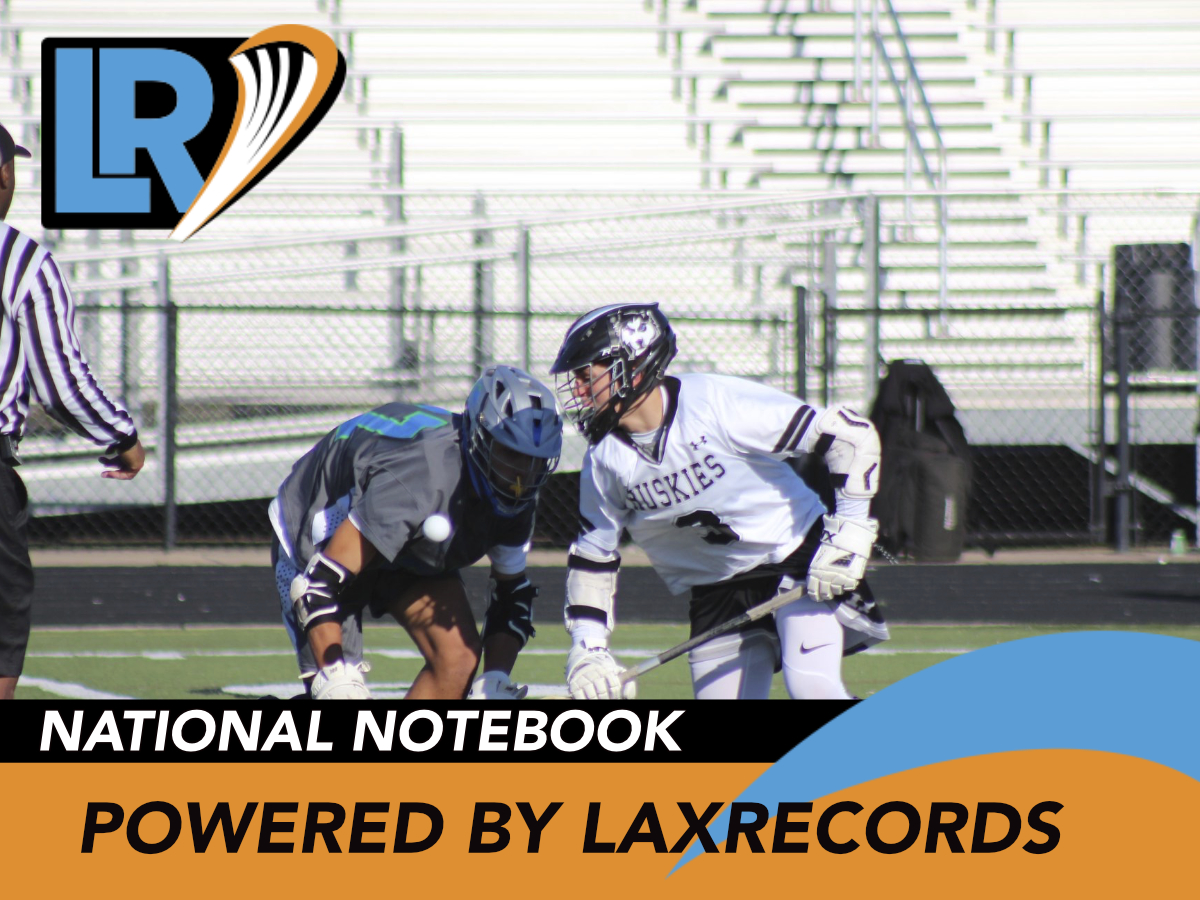 Kalos and Schwartz are the only two players in state history reported to have won at least 900 career faceoffs.

Kalos’ faceoff total places him among the top players of all time at his position. Only nine players have been reported to have won at least 1,000 face-offs. Kalos’ total places him at No. 10 at the time of this writing.

The all-time leader for face-off wins is former Penn Charter (Pa.) star Gavin Tygh who won 1,297 faceoffs in his career.

Spencer Pruden, a senior at Lexington Christian (Ky.), set a new state record for career saves. Pruden set the record with 697 saves, breaking the previously reported record of 683 set by Garrett Feriell (Louisville Male) from 2016 to 2018.

The record-setting game happened on May 13 against South Warren (Ky.). Pruden posted 21 saves in a 7-5 loss to push him past Feriell’s record. The game was Pruden’s third game of at least 20 saves this season.

The senior has 211 saves this season. In each of his three full seasons, the senior has posted at least 200 saves. During the shortened 2020 season he posted 25 saves in the team’s only game - a 7-6 win over Scott County (Ky.).

Hoggard (N.C.) Head Coach Steve Treman coached his final game for the Vikings with a 15-8 loss to Cardinal Gibbons (N.C.) on May 12 in the NCHSAA Class 4A quarterfinals. Treman has been Hoggard’s coach since 2007 and led the team to 231 victories.

Treman was 231-53 at Hoggard and is among the state’s all-time win leaders.

Bo Lockwood finished the Hartland (Mich.) regular season by becoming the second player in Michigan history to reach 500 career points. The senior scored five goals and two assists in a win over Canton (Mich.) on May 16 to give him 504 career points.

Lockwood joins Bryce Clay (Forest Hills Central) as the only two players in state history to reach that mark. Clay scored 608 points in his career.

Lockwood has firmly established himself as one of Michigan’s best players. He holds the record for points in a season after scoring 236 points and 140 assists in 2021.

Earlier this season, he broke the record for career assists, a record of 240 previously held by Tanyr Krummenacher from Saline (Mich.). Lockwood enters the playoffs with 272 career assists.

Four teams now have winning streaks of at least 20 games.

Mountain Brook (Ala.) won the Alabama state championship with a 15-0 record, which extended their winning streak to 20 games. The title win is the Spartan’s fourth straight title and fifth overall.

Lovett (Ga.) won the Georgia A-5A championship with a 22-0 record and a 22-game winning streak. The championship is Lovett’s fourth overall and first since the 2009 season.