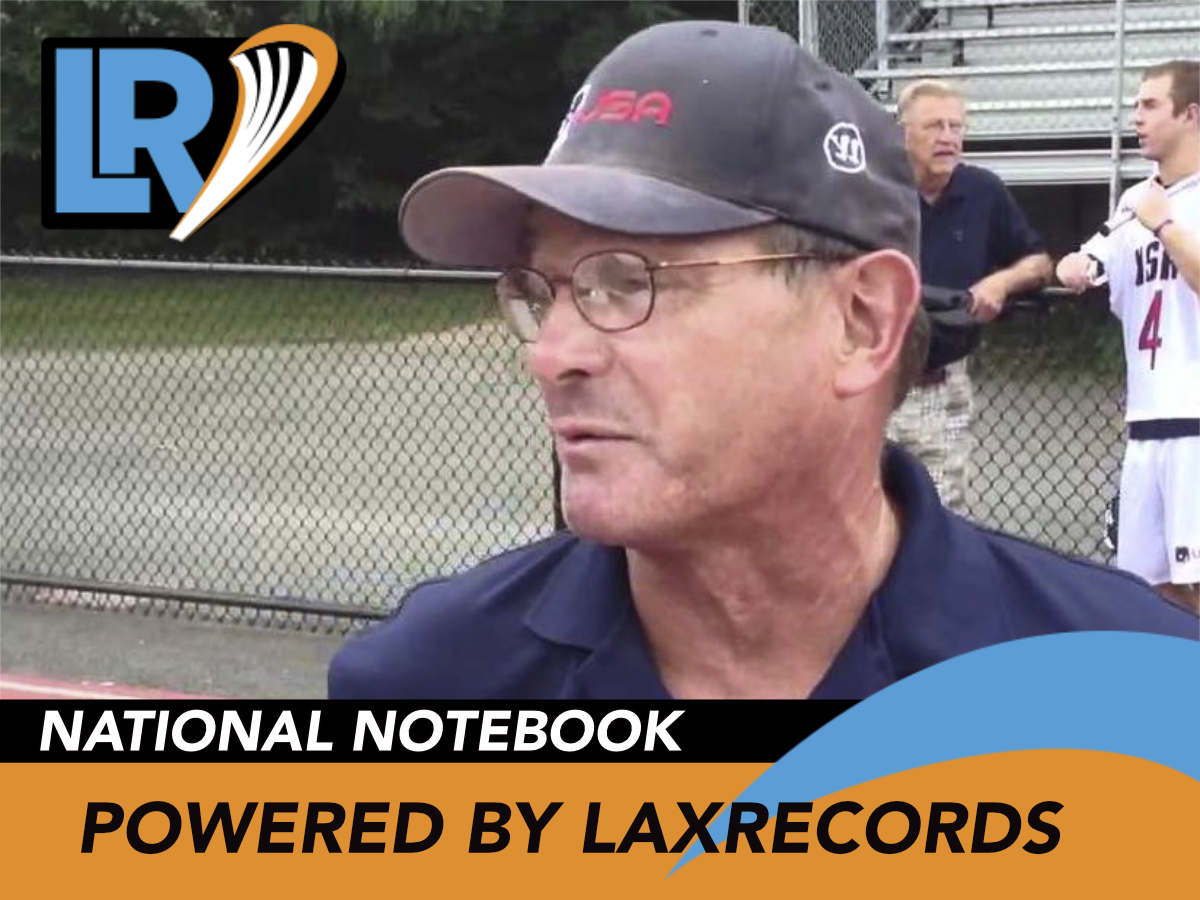 Flynn, who has coached Mountain Lakes since 1979, joins an elite list of coaches with at least 700 career wins. Mike Messere (West Genesee) is No. 1 with 846. Joe Cuozzo (Ward Melville/Mount Sinai) finished his career with 747. Bob Hartranft (Farmingdale) earned 708 career victories.

With a 9-1 record this season, Flynn has 702 career wins. He has led the program to at least 18 wins in four of the last five seasons in which the team has played (we’re not counting the 2020 COVID season).

Two coaches who could join the 600 club in the next few seasons are Jack Moran from Chaminade (N.Y.) and Brian O’Reilly from Pinterton (N.H.).

Hartland (Mich.) senior Bo Lockwood broke the Michigan record for career assists last week in a 25-0 win over Salem (Mich.). Lockwood finished the game with three goals and three assists, which put his career total to 241 assists. That breaks the previous record of 240 set by Tanyr Krummenacher from Saline (Mich.) from 2019.

Lockwood set the state record for most points and assists in a season in 2021 when he put up 236 points and 140 assists in 24 games.

Through nine games this season, Lockwood has 88 points on 55 assists and 33 goals. At that pace, he’s averaging slightly fewer points per game than his record-setting junior season - 9.77 points per game versus 9.83.

If Lockwood scores 64 more points this season, he will become the second player in Michigan history to record at least 500 career points. Only Bryce Clay from Forest Hills Central (Mich.) has reached that mark, and he finished his career with 608 career points.

Nation Ford came into the game with a 19 game winning streak and undefeated this season, but Wando went on an 8-0 run in the second half to pull away and seal the victory.

Goss entered the championship game with a team-leading 94 points (55 goals, 39 assists). He scored six goals and an assist in the semifinal victory over St. James (S.C.) on April 26. The six goals tie a season-high.

Pope (Ga.) ended the nation’s longest active winning streak with a 6-5 victory over Lambert (Ga.) on April 16. Pope scored five of their six goals in the first half while the defense held Lambert to two goals. Lambert’s 36-game streak is the third-longest in state history. The Longhorns hold the Top 4 spots with a 43-game streak, a 38-game streak, this 36 and a 27-game streak.

Allentown Central Catholic (Pa.) takes over the top spot with a 24-game winning streak. The Vikings are the defending District 11 Champion and PIAA 2A State Champions. They ended 2021 on a 12-game winning streak and are 12-0 this season.

Lovett (Ga.) now has the longest active winning streak in Georgia at 18 games. The Lions are undefeated this season and handed Lambert its second loss of the year, 11-10, on April 23.

Other extended streaks of at least 15 games include:

Teams approaching the threshold are:

Griffin Peterson from South Mecklenburg (N.C.) scored a season-high seven goals and four assists against Independence (N.C.) on April 22. The senior Captain has 85 points on 51 goals and 34 assists this season. Those totals pushed his over 200 career points. Peterson has 205 career points in 40 career games.

Barnegat Township (N.J.) senior Aiden Reiser totaled 13 points against Long Branch (N.J.) on April 29. Reiser scored eight goals and dished out five assists in the first half of an 18-2 win.