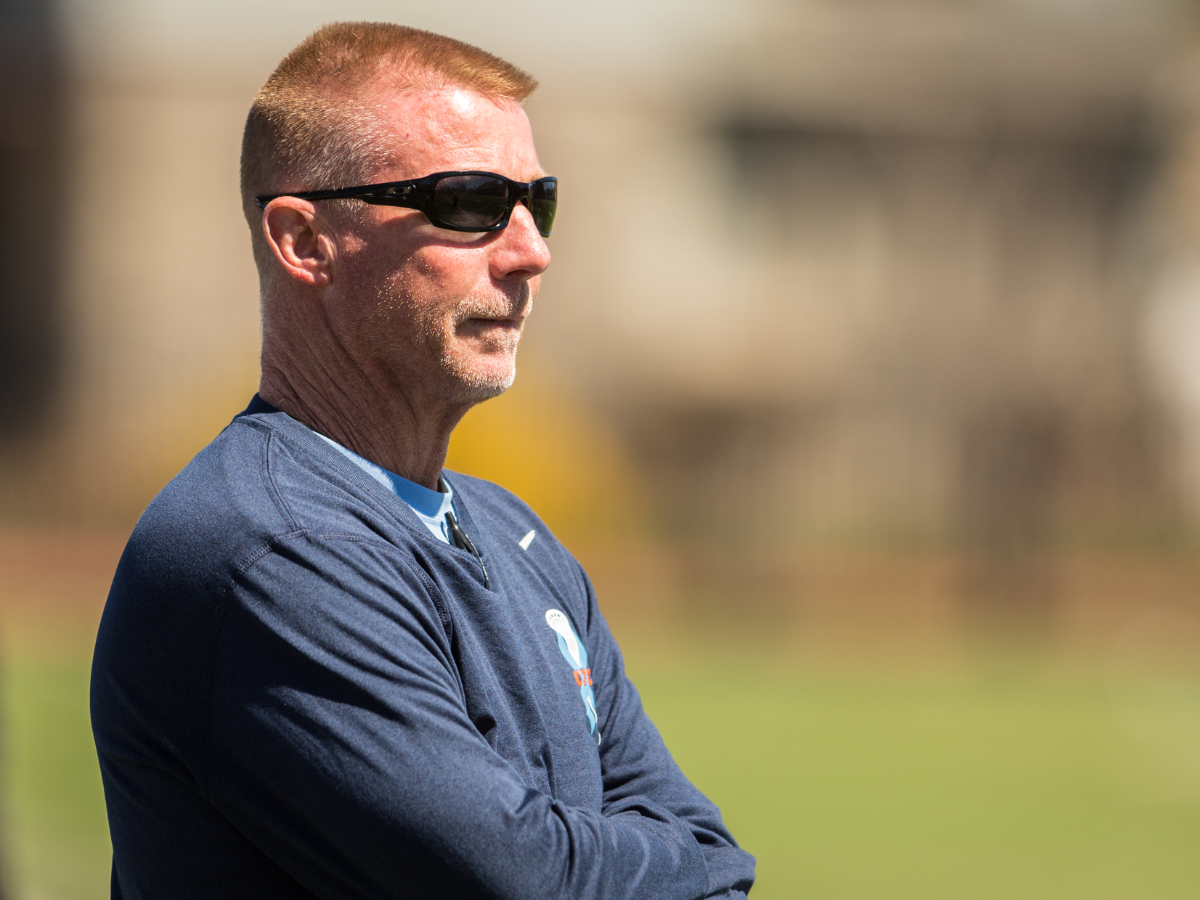 John Nostrant, the former coach at Gilman (Md.) and The Haverford School (Pa.), is the new head lacrosse coach at Washington College.

He was inducted into Washington College’s Athletic Hall of Fame in 2002.

“I am truly honored and humbled to be named head lacrosse coach at Washington College,” Nostrant said in a press release. “My time at the College was some of the most impactful years of my life. I built relationships with teammates and classmates that are as strong today as they were thirty-five years ago. I learned how to compete at the highest level and was mentored by some of the best professors and coaches in the country. I look forward to providing that same experience to the current and future members of the lacrosse team and their families.”

Nostrant’s head coaching career started during the 1990-91 season where he led St. Albans. After that, he was hired at The Haverford School where he spent 28 seasons. The Fords 2011 and 2015 teams went undefeated (23-0 and 26-0) and were finished the year No. 1 among the national rankings. He spent the last two seasons as the head coach at Gilman.

Davidson is the fifth reported coach* in state history to reach 400 career wins. He joins Tim Flynn from Mountain Lakes (675), Chuck Ruebling from Delbarton (523), and Chuck Apel from Bridgewater-Raritan (512).

Davidson has led his program to nine state championships and holds the record for consecutive wins. Summit won 68-straight games from April 4, 2009, to June 8, 2011. That mark is the seventh-longest streak in boys’ high school lacrosse history.

*Steve Jacobson from Ridgewood/Hunterdon is reported to have at least 400 career wins, but LaxRecords has only been able to track down 291. If you have Jacobson’s career totals, please email me.

Century (Md.) snapped the 40-game win streak of Westminster (Md.) with a 13-6 win on May 17. Connor Zonbro scored four goals and Jackson Zimmer tallied four assists and a goal to earn the victory.

Westminster’s streak is the record for a public school team in Maryland. The Owls broke the previous record of 39 set by Severna Park (Md.) from 2016 to 2018.

A few weeks ago, Hartland (Mich.) junior Bo Lockwood broke two state records during a 19-point outing. Now, it looks like the Michigan commit is aiming for the most points in a season record.

Lockwood is averaging 10.4 points per game this season. If Hartland makes it to the state finals, that would give the team five more games on the schedule.

The national record for most points in a season is 205, set by Justin Anderson as a junior at Centennial (Nev.). That record was set in 2013. The Michigan record is 202, set by Jay Penske from OL St. Mary’s (Mich.) in 1997. Penske’s total is second all-time.

Zack Kloman from Potomac Falls (Va.) set a Virginia state record for most goals in a single game with 13 on May 14. The previous record was 12, set in 2016 by Chris Weston of Cave Spring.

The 2021 High School Stat leaders were updated this week with several more season leaders. Keeping in mind not all states are finished and final player stats not tallied, but some of the more interesting early stats from this season include:

As of May 24, the leader for the most saves this season is not yet in high school. Sam Juhnke from Windermere Prep (Fla.) made 293 saves this season. The Class of 2025 player faced 509 shots and played 912 minutes.

Drew Flagg from Forest (Fla.) is the only player to score 100 goals this season. The senior scored 102 goals and averaged 7.83 points per game. He helped the Wildcats to a 13-5 record.