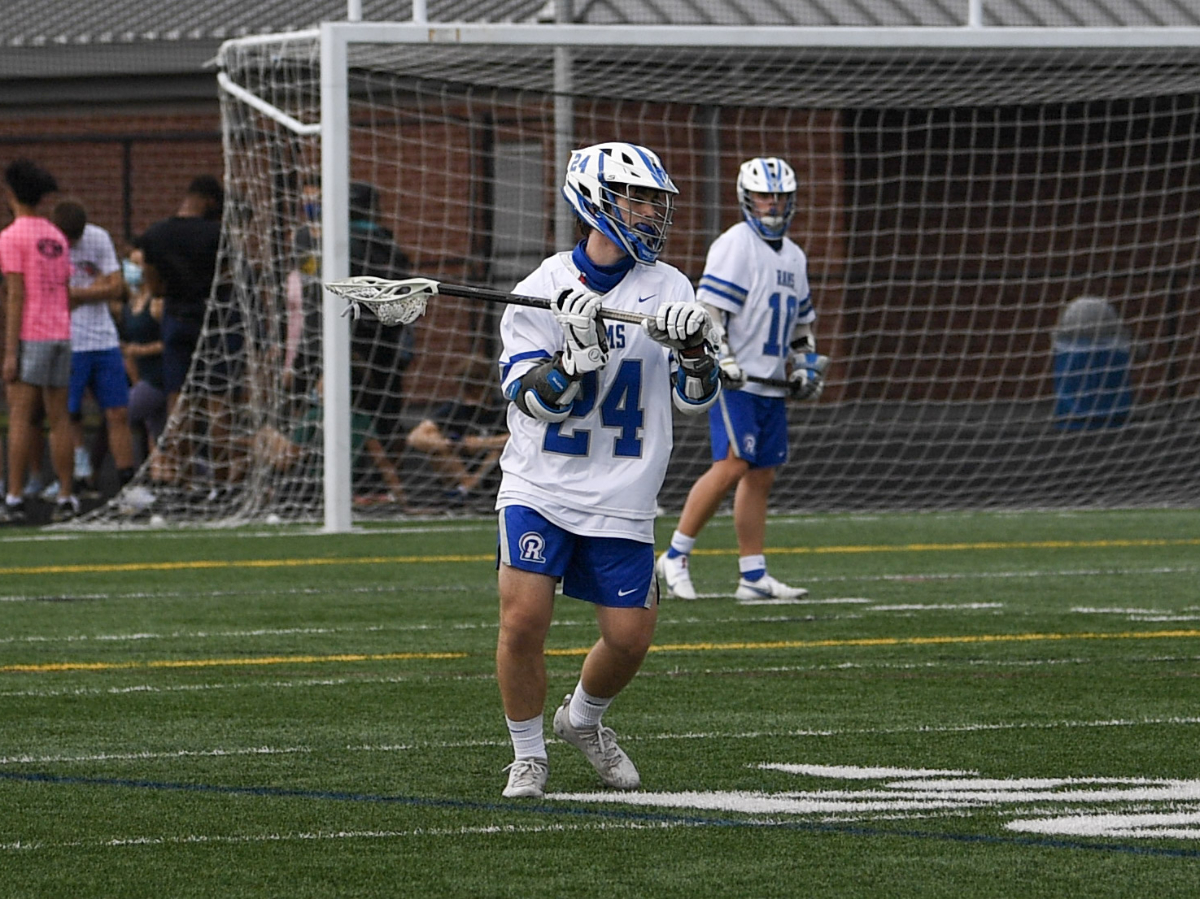 Riverside (Va.) snapped the longest winning streak in the nation with a 20-2 win over Briar Woods (Va.) on May 3.

Cole Jones led everyone with eight points (four goals, four assists). Carter Ash was second on the team with seven points (four assists, three goals). Nick Callis led all scorers with five goals. He also had one assist and was 14-for-15 on faceoffs. Evan Boswell added four goals and an assist in the victory.

Riverside is off to an impressive start. The Rams are 4-0 and scored 20 goals in each game while the defense has yet to allow a team to score more than three goals.

Briar Woods opened the 2021 season with a 24-0 win over Rock Ridge (Va.) to extend their streak before falling to Riverside.

With Briar Woods’ loss, the longest active winning streak in the nation belongs to Westminster (Md.), which has a 38-game streak.

He also tied the record for most points in a game and etched his name alongside some of the nation’s best individual games.

Lockwood’s 19 points tie the record for most in a game in state history. He ties Cole Smith from East Lansing (Mich.) who totaled 19 points against Swartz Creek (Mich.) on April 18, 2016.

On a national level, Lockwood’s performance ties him with five other players for No. 2 for the most points in a single game. His 19 points are the most scored in a high school lacrosse game since 2017 when Andy Davis from Whitney Point (N.Y.) scored 19 against Oneonta (N.Y.). The record for points occurred in 1961 when Jimmy Lewis scored 21 points.

His assist total puts him in a four-way tie for second all-time. The last time a player dished out at least 13 assists in a game was 2019 when two players accomplished the feat.

The Michigan commit also set the state record for most assists in a season with his performance. Through 15 games, Lockwood has 97 assists, breaking the previous record of 96 set by Tanyr Krummenacher from Saline (Mich.) in 2018.

With two games left in the regular season, Lockwood has 164 points (97 assists, 67 goals), which places him fifth all-time for the most points in a season. He will likely be alone in third place after the team’s next game at Brighton (Mich.) on May 12. He needs three points to pass Bryce Clay (Forest Hills Central) and Matthew Giampetroni (Cranbrook School) who each totaled 166 points in a season and are currently third.

Lockwood is 39 points away from breaking the state record. He is averaging 10.9 points per game this season.

Corner Canyon (Utah) now has the longest active winning streak in the West with a 21-game streak.

Vestavia Hills (Ala.) junior Max Hull surpassed 200 career points last week. The attackman has 203 career points on 143 goals and 60 assists. This season, Hull has 92 points with 71 goals and 22 assists.

Face-off and save leaders will be compiled and added within the week. To ensure players are added, either fill out this submission form or have the head coach or team statistician email Mike Loveday at mloveday@laxrecords.com.